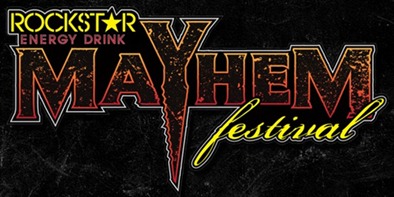 You can catch Mushroomhead on tour all summer with the Rockstar Energy Mayhem Festival. 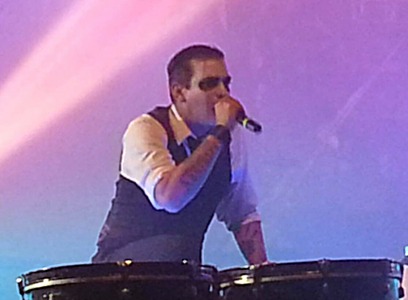 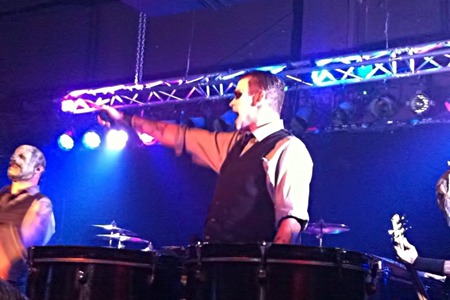 Hows it going J Mann my name is Joey Simpson from Hardcore Shots out in Hartford. I have a few questions from myself and a slew of questions from fans in the Mushroomhead/Slipknot group.

Firstly how does it feel being back with your brothers in Mushroomhead?

“It feels fantastic. I was a little apprehensive at first. I've known them my whole life and we’ve done a lot of things together and it was like being back at home”

Any favorite studio stories  while recording the new album?

As you may or may not know Corey Taylor has been teasing this Mushroomhead Slipknot tour.

“I saw that and I thought that was cool of him to say that. Everyone has always made a beef between the two of us and I said that was 99% press trying to create controversy and whatever. I’ve actually hung out with those guys, well half the band. Corey and I haven’t really hung out but I hung out with Paul, who Rest In Peace, was a sweetheart and just a great guy, Joey he was a great guy, Sid we collaborated on a hip hop thing he was a phenomenal guy. It was all blown out of proportion and I’m glad Corey let hardcore Slipknot fans know that we’re not the enemy, I thank Corey for that.

Has the band been talking about getting on the road with them?

“We’re just waiting for the phone call. Anytime they call we’re down! We’ll be there I promise you that! They obviously gotta sort things out get reunited get the new record together and get all their ducks in a row but literally we are a phone call away I don’t care what we’re doing or where we are we will stop it and be on that fucking thing the minute they call."

I saw just today on Revolver that your  Pitch Black Forecast has signed a deal with Ferocious Records care to comment?

Yup that [news] just came out yesterday. It’s something I’ve been doing with Gene Hoglan its a studio project. We’ve done a few shows most of 'em are Cleveland. We actually did some shows opening with Gene within Fear Factory. We played with Fear Factory when they were on tour with Prong. It was Fear Factory, Prong and us [Pitch Black Forecast] and we did some Midwest dates. Gene and I always wanted to make music together and I’m happy with how it came out. I’m really happy with the remixes. Gene and I literally left the studio for 10 days with no songs. We didn’t even have a band, we didn’t have a bass player or guitar player. Gene could play guitar and we were like what are we going to do? About four days in we got my buddy Bobby to come in and play guitar and we cranked that first album out in ten days. There's some really good songs on there but you can feel like it’s rushed that’s half the reason for this new release. Basically this album is going to be the EP that I really believe in and The best songs from the rushed record and it’s all remixed and another guitar player. There’s some cool guests on it too; M Shadows is on it, Randy Blythe is on it, Devin Townsend is on it, Human Furnace from Ringworm who are local boys, they’re Cleaveland boys."

Dan Burch Jr. : Ask J Mann about working with Sid from slipknot on his side project.

"He’s cool as hell. You’d think that this guys got Grammy's and platnum records  you’d think he’d have his nose up in the air but he's the complete opposite. Completely down to earth sweet guy, really passionate about music and that's what it really comes down to, doing it for the right reason. Hes not doing it for a paycheck he’s doing it because he loves it and that's what he does and he’s phenomenal."

Josh Birch : Will there be a UK tour?

"To be honest I’m not sure yet. This upcoming tour we’re on is almost two months long so we’re like into August. Not only that but we’ve just done Russia and Australia this year but We’d love to come to UK hopefully we can. They've been talking about South America as well we need to get down there. It’s just good that things are looking up because while I was gone the band really hadn't left the country and automatically this year we’re leaving. The UK was great I was there in 2003 or 2004 and it was awesome there. The food kind of sucked, sorry Josh. But I thought your concert was awesome, and your cabbies are as crazy as New York cabbies because they have way narrower streets."

Jonathan Miller : Will they (MRH) be doing anymore material with Jackie from UnSaid Fate?

She performed with them down in Australia.

"Well that’s hard to say. Basically what we have right now is so much left over material from TR&TB that we’ve got an EP left. This EP is five or six songs, it’s super brutal. I can't see her fitting on that really but I wouldn’t write her off down the road. She’s Skinny's girlfriend but they've been together so long so it’s like common law marriage almost. The cool thing about her is that she’s a super gorgeous girl but she’s a tomboy. She’s like one of the boys."

"Favorite thing about touring is meeting new people, talking to people like you. Just seeing faces out there, seeing hands up, seeing a mosh pit. Not only that but getting to explore different cities. It’s not about being onstage, I love getting lost in the cities.That's the first thing I do. 'Hey do you want directions?' NO… I want to get lost. The best way to get to know a city is to get lost in it. Have no directions, just stumble around talk to the locals that's how you feel like you’ve actually been somewhere.

The worst thing about touring is finding a toilet and a shower."

Tyler Specht  : Ask about an update on that EP they were talking about releasing of the songs recorded while recording The rightous and the butterfly

"I can tell you the music is done and we are 30% through the vocals on it. It’s something we are probably going to work on while on the bus a little bit. We can get some demos done. So then When we get off the mayhem tour we can come home and knock it out in like a week. Hopefully get it out before the new year."

"Solo shot first… that’s not even a question man that’s a fact."

"We usually do them every year. Usually over the summer but this summer is so hectic I don’t know if were going to be able to do one. We did old school shows every single year I was gone, I’ve done Halloween shows every time I was gone. Even if I was gone we were still boys. I would still play with them every time they played in town. The old school thing we’re definitely going to do it I don't know whats going to happen this year becuse of the touring schedual but we’re definitely going to do it. We’re never going to get rid of that. The coolest thing is having Roxy on board. She actually just bought an elementary school believe it or not and that’s where we just filmed our new music video."

What REALLY happened to Gravy and Pig Benis?

"I wasn’t really there when it went down, but at the same time I was in the band with them prior to me leaving. There was kind of dissention you could say… before I even left. I’m not going to get into family politics or anything but basically Skinny and Gravy are brothers and you do the math. Literally blood brothers. It was like big brother little brother. I can’t speak on their behalf."

What is the motivation behind the masks?

"The way it started was… we were all in different bands in Cleveland, this is going way back to like 1993, we were in popular bands and we didn't want anyone to know who was in the band because they’d be like 'Oh its so and so from this and so and so from that.' You've got all these assumptions made. We just wanted to make people wonder 'Where the fuck did these guys come from?' The very first flyer we put out they would say 'Who the fuck is Mushroomhead?' People were wondering and then they hear this badass band, we all had experience at that time since we’ve all been in other local bands, and it was good and people were like 'What the fuck? Where the fuck did this come from?' It was more about that. We didn't want any preconceptions placed on us because of our prior bands."

"We’re definitely compiling a lot of footage for that. it should be good I don't know when it’s going to come out. I have a feeling that this next tours going to have a lot to do with it. So I would say who knows. Spring summer. Every things been so busy which is a good thing to where it’s hard to think about, like we gotta get the EP done gotta get the next DVD done and its like tour after tour after tour keeps coming up and that’s a good thing, I’m not complaining but it’s hard to put a time frame on anything. We just filmed our second video at Roxy’s school house which is the second video from the album we’ll probably do one more video off this album and then add some tour footage. so 6-8 months hopefully."

I'm really looking foward to seeing you guys on this years Rockstar Energy Mayhem Fest. Whenever I think of big festivals like Ozzfest or Mayhem Fest I think of Mushroomhead, because the tone of the music sounds like it's just supposed to be there.

"I’m looking forward to it to man, this is our first American festival that we’ve done since Ozzfest so it’s going to be exciting. There's a lot of friends with us on this. A lot of these bands we just played with in Australia at the Soundwave Festival as far as Avenged Sevenfold. Korn we played with them but on the off days we got to know them as people and they're great people and I’m looking forward to seeing them again. Suicide Silence great band great people and Ice T’s going to be in the house!"

Any favorite band on the tour?

"I don’t have a favorite band but the one im excited about seeing every day is probably Cannibal Corpse. Just cause that guys neck is as big as my torso."

It’s been really awesome talking to you J Mann, this was my very first interview and I'm happy to have talked with you.

"Thanks man! Have a great day."

This is my first official big name interview. I was lucky enough to get to talk with Mushroomhead's J Mann who is getting ready to tour this year's Mayhem Festival (and then some) with the band after his hiatus. I told everyone in the Mushroomhead/Slipknot tour group that I would ask some of the most intriguing questions.